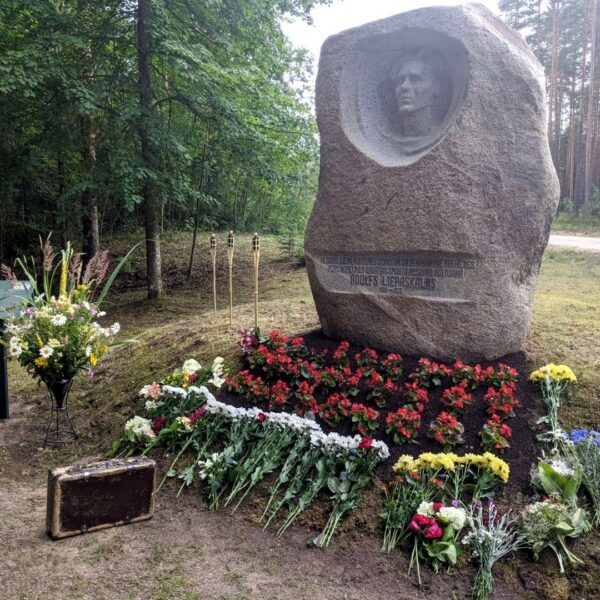 The memorial stone (the sculptor – A.Zelčs) was placed in the area where the world record-holder in distance walking, Ādolfs Liepaskalns (1910-1972), had lived and trained.
In 1934 he offered his first race walking competition and won it.
In 1937 he became a member of the Latvian national team and in 1938 he won the competition in Sweden.
In 1938, Ā. Liepaskalns set a world record in 25 km and 30 km of walking.
In 1940, he was the first in the world who walk 25 km faster than two hours.
Back in 1970, while participating in the competition, Ā.Liepaskalns, at the age of 60, was able to walk a distance of 50 km.