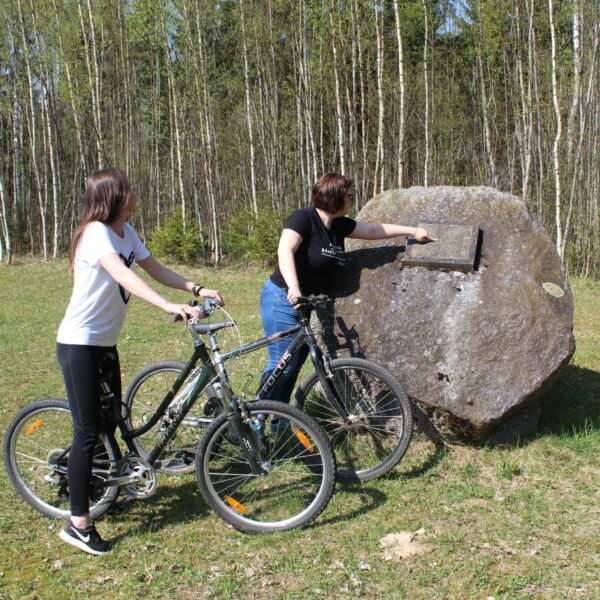 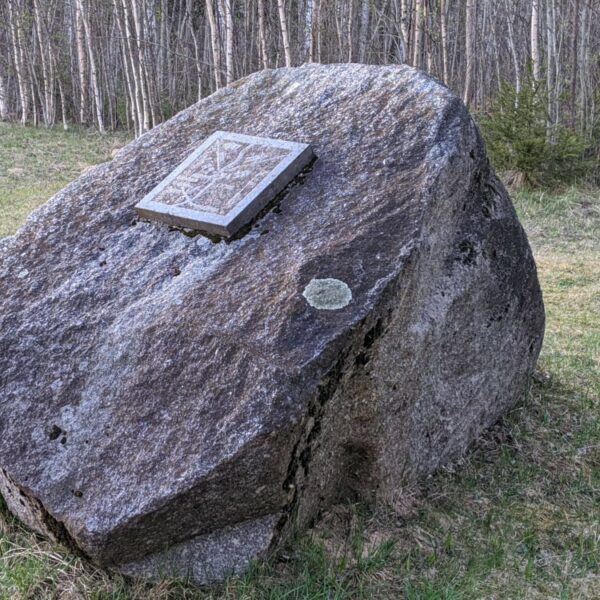 A symbolic sign of the borders of Latvia, Estonia and Russia. There are only 3 such places in Latvia where the borders of three countries meet. A boulder with three edges was found during the reconstruction of the drainage system in this area. The idea to make the Friendship Stone out of it was cherished by Jānis Driķis from Mārkalne, who saw a symbolic resemblance to three nations on the edges of the boulder. According to Jānis Driķis’ drawing, Estonian stone carving specialists made a labradorite plate, in which a scheme with the river, the names of the three republics and the border markings was engraved. The stone was officially inaugurated in 1987.

The stone is located on the Latvian-Russian border, so access requires a special border pass. To receive a pass, it is necessary to send an application to e-mail: kanceleja@rs.gov.lv

Pay attention to the given coordinates to reach the stone!: