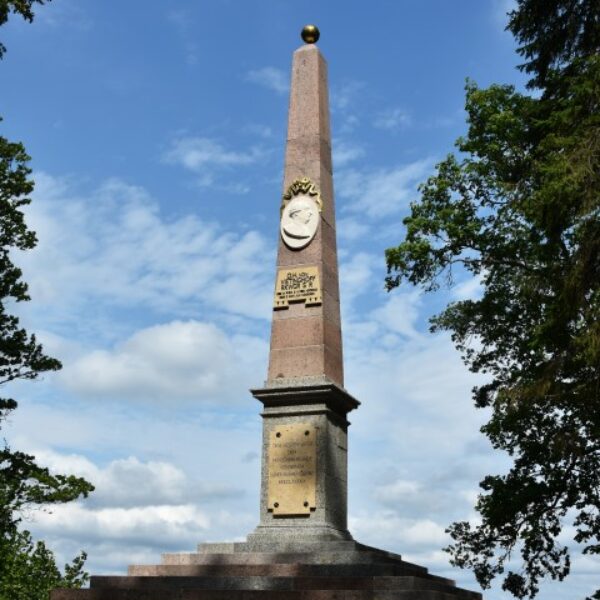 In 1799 Burhard von Vietinghoff ordered to build an obelisk in hounour of his father. On its pedestal a marble plate was fastened with the inscription in German “To the best father, the friend of the people from the grateful son”. There was also an oval portrait medallion of the father in a form of a moulding on this obelisk.Nowadays only the obelisk has remained, as well as two granite benches which created a united composition with the obelisk.