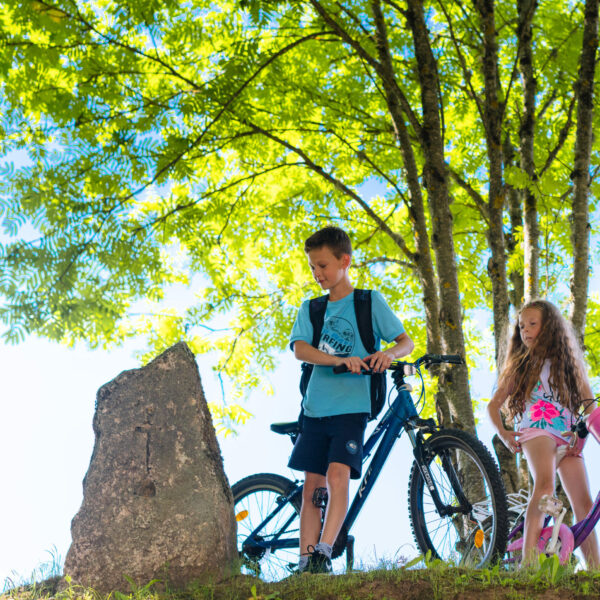 It can be seen as a memorial stone to commemorate a tragic event. The stone is artificially divided and a cross is carved on its leveled front. The base of the cross is dug deeper than the other lines of the cross and forms a small cavity – a “tobacco dose”.
The story: “Once a man went from Vecgulbene to Alūksne, he was very tired and hungry. He sat down on a hill by the roadside and wanted to sniff in tobacco, but unfortunately, the tobacco dose was empty. He asked the passers-by for tobacco, but no one gave him Old man was found dead in the morning, and it has been claimed that Man died of tobacco starvation. Right there is a stone with a cross.”