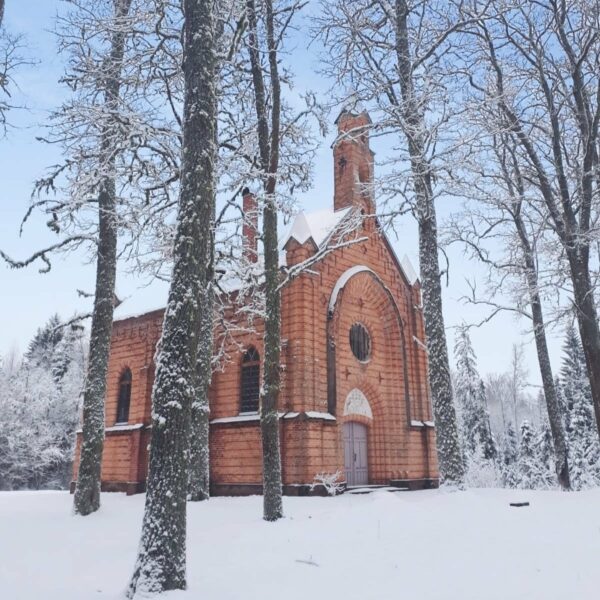 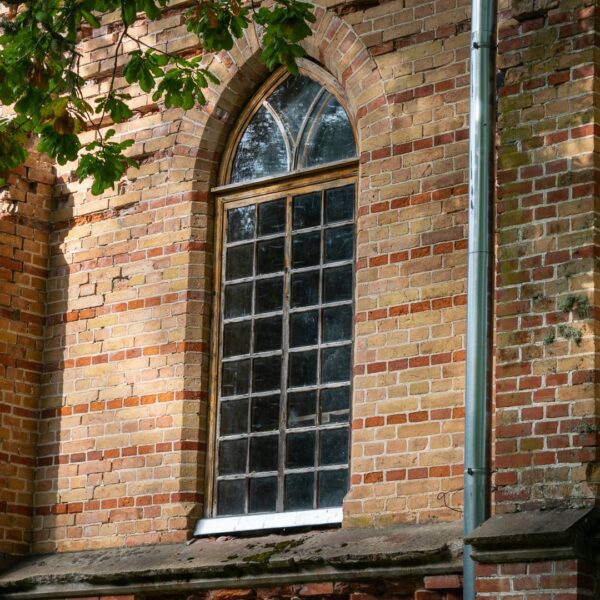 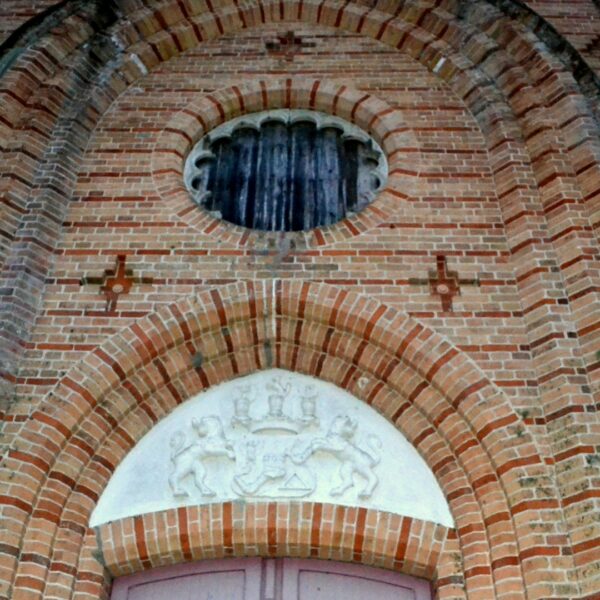 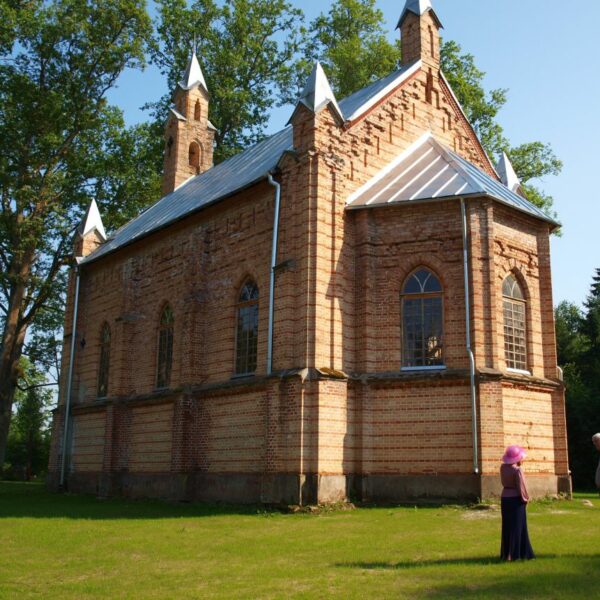 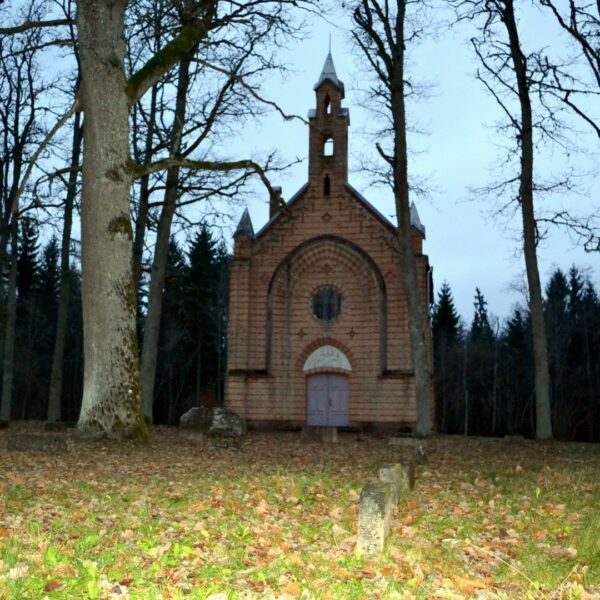 In 1814, J.G.Wolf received the Vidzeme consitory permission to form a new family graveyard. It was planned to make the same size graves with a similar plate next to each one and with an only cross in the middle of the row of the low graves. Between 1859 and 1865, there was a chapel built according to the project of the architect, Paul fon Hardenak. It looked like a small Gothic church – a duty to the those days obsession with luxury. There was a marble altar, an organ, stained glass windows, in the gallery there was an oak-tree chest with the emblem of the Volf Family to keep the funeral covers in it. So in the second half of that century the patriarchal, respectable and conservative Jaunlaicene got something from the neo-Gothic style decorations – the family chapel. In “Soviet Union” the cemetery was destroyed.