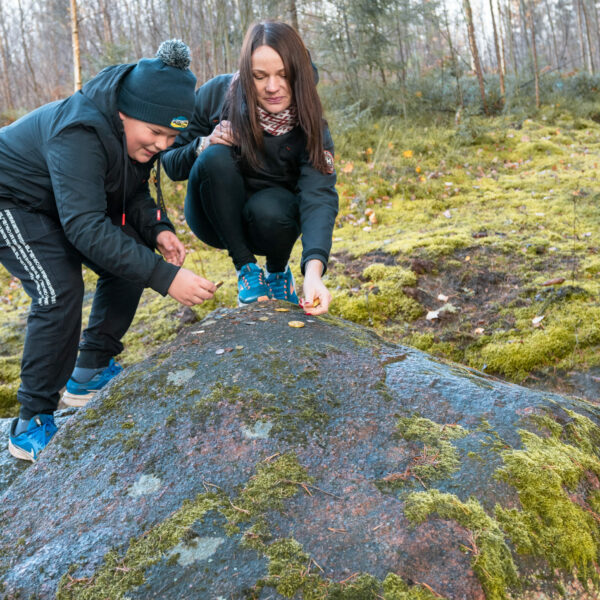 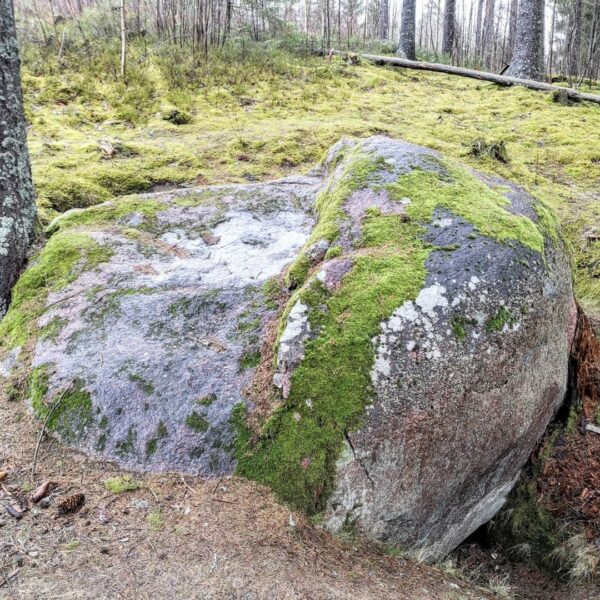 Legend has it that during the Northern War, Swedish soldiers allegedly took their army treasury to Aluksne, but Russian soldiers attacked them and the Swedish buried a chest of money under a stone. Under the influence of legend, people are looking for hidden riches here. The whole area around the stone is excavated and the cave under the stone has formed. Every year stone is sinking deeper and deeper. There are stories in the people’s memory about the terrible battles in this area, the victims of which were laid near Lake Palpiera – Swedish soldiers on the north-western shore and Russian soldiers on the eastern shore. Neither Swedish nor Russian ancient cemeteries have been archaeologically studied so far.