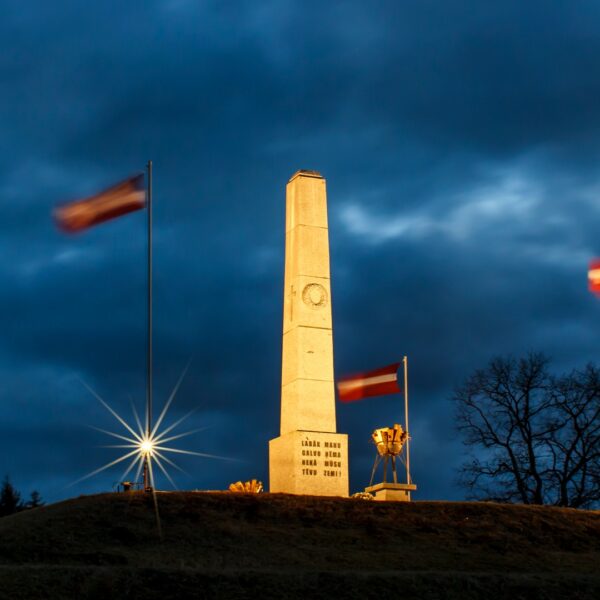 A symbol of national independence and gratitude for the fallen soldiers of Latvia’s freedom. The monument has undergone an ambitious unveiling with the participation of the first President Jānis Čakste, complete demolition during the years of Soviet occupation, restoration and unveiling in 2009 with the participation of President Valdis Zatlers. A place where Alūksne residents and representatives of the armed forces gather every year on November 11 to lay flowers, commemorate and thank them for their freedom.

The monument is located on an elevation – in a beautiful place – on the shore of Lake Alūksne, next to the barracks. On June 20, 1923, it was opened by President Jānis Čakste. The monument was built according to the sketch of the sculptor J. Miesnieks. In the center there is a shield with a crossed sword, but in the part of the base – the inscription “For Soldiers of the 7th Sigulda Regiment who died for Latvia. 1919.-1920. ”. During the Soviet era (1953), the monument was demolished. The monument is later restored and on October 16, 2009 it was unveiled by President Valdis Zatlers.