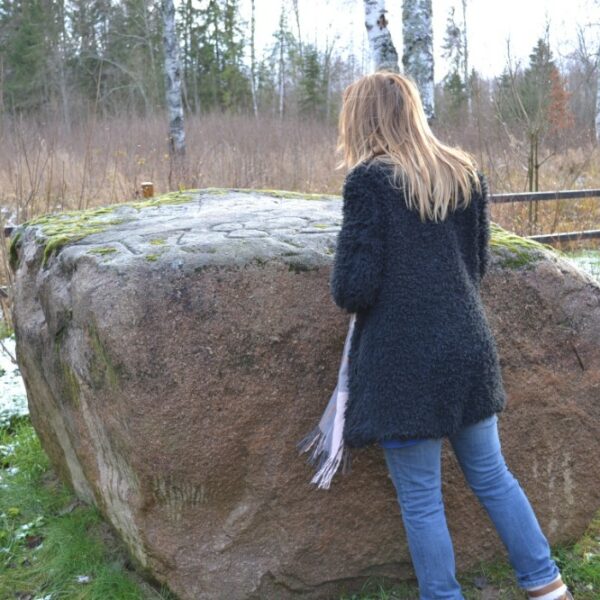 It marks the border between Poland, Russia and Sweden, also between the lands of Kūdupe, Alūksne and Lāzbergs manors, also between Pskov, Vitebsk provinces and Vidzeme. The border of the first Latvia was also initially marked along this stone. A triangle carved in the stone, a cross-shaped sign, also contains the letters R and VR and the year 1782. J.Urtāns thinks that the stone was installed after Latgale was included in the Russian Empire after the first division of Poland in 1772.

There is also a more recent engraving on the stone surface, which has not been mentioned in the boundary stone research so far – during World War II – a weak engraving of the year 1944 and one Slavic alphabet letter “Ш” was made on the eastern edge of the stone surface. This is done respecting and without touching the old dents.