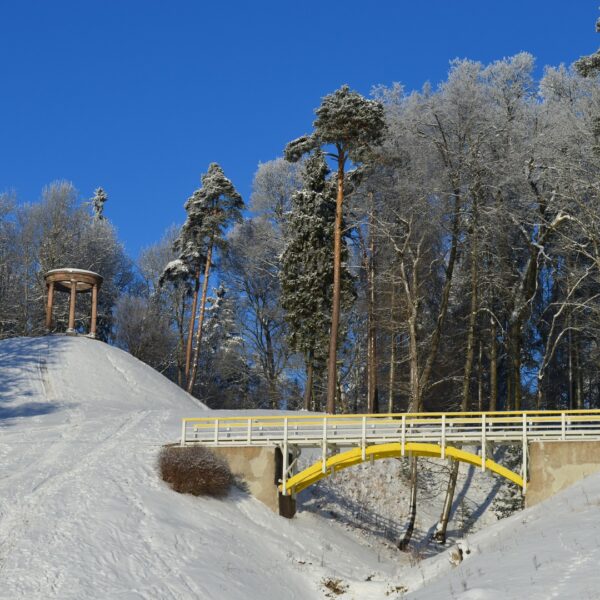 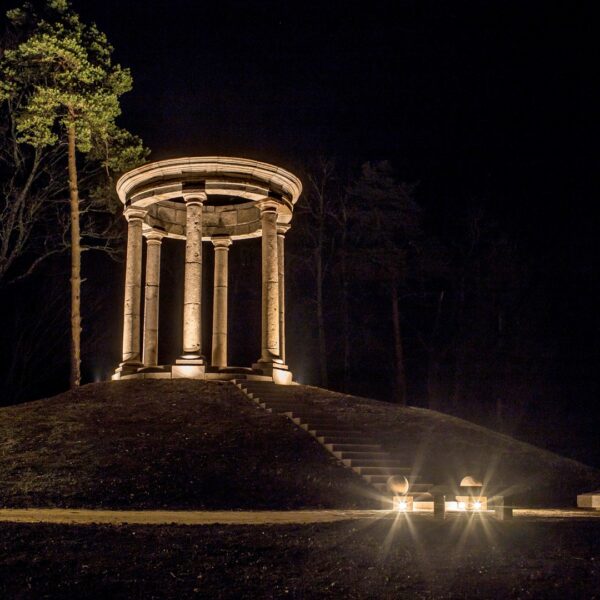 The hill is a National cultural monument as it fan ancient Latgalian castle mound and a place fan ancient town. One of the legends tells that during the Great Northern War Russian soldiers used their caps to bring the soil and make the hill higher to attack the fortress on the island more successfully. In 1807, Baron von Vietinghoff ordered to build a granite rotunda – the Temple of Fame– on the top of the hill to commemorate the events of the Great Northern War in Alūksne and to honour the memory of the military leaders of both warring countries – Russian Count Boris Sheremetev and Swedish Captain Vulf, but the hill got its still existing name – Temple Hill.
After 1930, the construction of tourist facilities on the Temple Hill began. One of them was an air bridge over the ravine, named the Sun Bridge. It was renewed in 1995.
From the top of the hill there is a wide view of Lake Alūksne, Manor Park, Casle Island. At the foot of the Temple Hill there is a place for rest and fishing. In the park, there is 37.8 m high Alūksne Sightseeing Tower, which provides beautiful views from a bird’s eye view.
Adrenaline lovers are offered the “Zzzippp”- Zipline ride across the Lake Alūksne.