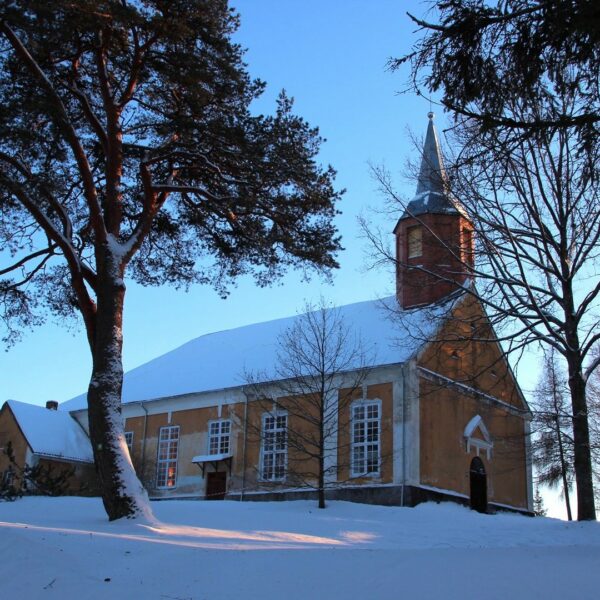 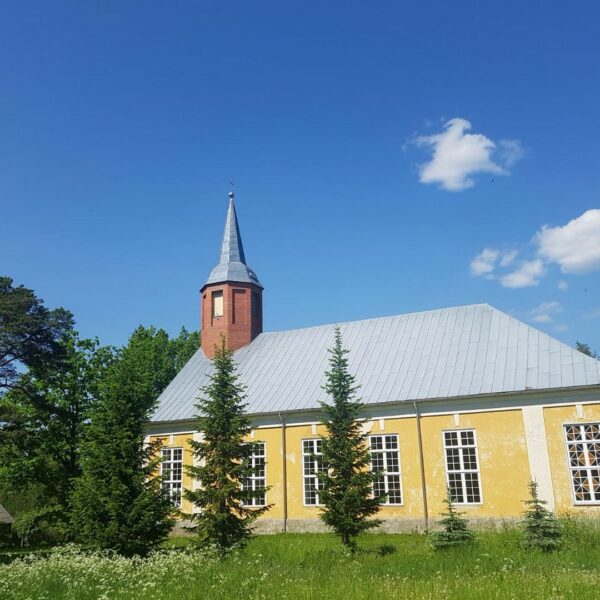 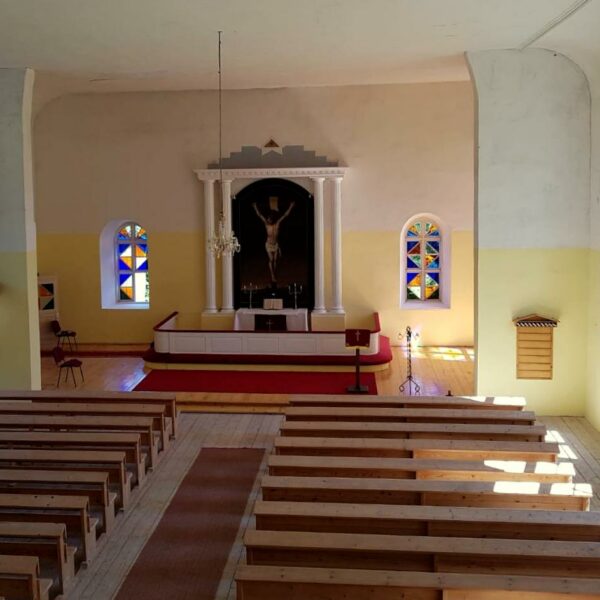 The church in Zeltiņi was first mentioned in documents in 1668 as a part of the Alūksne Parish and was located near the school founded by Ernst Glück in 1683. During the Great Northern War (1700-1721), the church and school were burnt down. A wooden log house was built on the site of the burnt church in 1725, but the present stone church building was constructed on a small hill near the Melnupe in 1826, according to the project of the architect F.Zīgelis. During the Soviet era, in 1967, the church was destroyed – the tower was knocked down, the bell was smashed and scrapped, and the interior was demolished. The building served as a fertilizer and fodder warehouse. Zeltiņi Evangelical Lutheran church was the most damaged church in the Alūksne Region during the Soviet era. After the restoration of the independence of the Republic of Latvia, the congregation, led by Pēteris Bebris, began the renovation of the church. The first service in the partially restored church took place in 1995, when there was only sand instead of the floor, but in 1996, the 170th anniversary of the church was celebrated in the restored church building. Currently, services are held here twice a month – on every second and fourth Sunday.